“The economic issue has never been whether one is a liberal or conservative, Democrat or Republican, or other such misleading taxonomic delineation. The issue revolves exclusively around one’s perception of human behavior.”

I became interested in Arthur Laffer and his work during a luncheon held in spring, 2011 in Austin by the Texas Public Policy Foundation. During the event, the establishment of The Laffer Center for Supply-Side Economics was announced.

Why should nonprofit organizations care about the economy?

I have friends of all political persuasions, and I hold two degrees from The University of Texas at Austin, one in cultural studies and the other in art history. I have no formal training in economics. But I do have 30 years of experience working in trenches of the nonprofit sector raising significant funds. And, I am constantly in touch with donors of all political persuasions, many of them significant philanthropists and investors. Most would agree a strong economy sets the stage for significant charitable gift fundraising activities.

As well-meaning and sincere as nonprofit organizations can be, generally speaking I have not known them to pay attention to the one thing that could make their work of securing financial support easier, the one thing that ultimately enables them to attain their many worth missions: a healthy, thriving economy (made up of healthy, thriving corporations and capitalists).

A colleague affiliated with CharityChannel Press mentioned to me in the midst of the recent economic crisis, “we all know what’s wrong with fundraising today, it is the economy.” I couldn’t agree more.

… “In the roughly 30 years from the 1980s through the first decade of the new century, supply-side ideas contributed to the longest boom in United States history and an incredible transformation of the world economy. According to the National Bureau of Economic Research, 1982-1999 was one continuous mega-economic expansion. In fact, as it stretched into 2007, this 25 Year Boom saw a tripling in the net wealth of U.S. households and businesses from $20 trillion in 1981 to $60 trillion by 2007. When adjusted for inflation, more wealth was created in this 25 year boom than in the previous 200 years.”

The “trickle down” theory promoted by President Reagan is noteworthy. But as 2020 draws to a close, new research from the London School of Economics suggests, “Fifty Years of Tax Cuts for Rich Didn’t Trickle Down” (December 15, 2020). Their findings, “counter arguments, often made in the U.S., that policies which appear to disproportionately aid richer individuals eventually feed through to the rest of the economy.” The timespan of the paper ends in 2015, so we will have to wait and see once the research is updated to include the intervening years.

Regardless of your view about the best economic system, nonprofits must pay attention, both from an historical and contemporary context, and act appropriately. The nonprofit sector should educate itself about what drives a healthy economy and enables it to flourish, and we should do our respective parts to support those activities, rather than to discourage them.

I am inspired by the theories of new economic thinkers such as those discussed in the World Economic Forum’s blog, “9 economists whose ideas are changing the world” (August 27, 2015). In addition, I would agree with WEF that more sustainable economic models that promote both the concerns of people and our shared natural resources make sense going forward (2019).

Few are aware that nonprofit organizations as a group have a strong impact on our nation’s economy. The National Council on Nonprofits notes,

“In addition to the economic activity encouraged by nonprofits and the countless dollars that nonprofits save governments through their efficient service delivery, nonprofits are also one of the greatest sources of employment across the country. According to the Bureau of Labor Statistics, the nonprofit sector employs 11.4 million people – that’s 10.2 percent of the American workforce!”

In my opinion, nonprofits should be working harder to point out these kinds of facts and be constantly emphasizing their importance so that society as a whole gains a better understanding and appreciation of the role nonprofit organizations play in our world today.

The economic lessons of the past are clear. Whatever your political opinion, take the time to understand how the nation’s economy works and be part of the solution, not part of the problem.

Are We Listening Only to Ourselves?

During Good Times, Don’t Forget to Prepare for Rainy Days

Adorable baby apples just arrived courtesy of @imperfectfoods 💫 They look pretty perfect to me. Shown here in my new $4 glass bowl from @austingoodwill. Stay tuned! I will eventually bake them somehow.
Polar vortex survivors in #BeeCave #purple #sage
Summer sounds at the pool. Great! Splashing and laughing 💫
Summertime! On the patio on Sunday.
#BuzzFest2022 #BeeCaveBuzzFest Questions? Email is best. I can also share a pdf of this overview which is posted on my ISSUU page!
June 25, 2021 marks the official 10th anniversary of Carolyn’s Nonprofit Blog. See link in bio! More than 200,000 from more than 100 nations have visited its pages.
Out on a walk in Bee Cave. New prickly pear blooms and quite a few wildflowers still. Recent rains have helped a lot.
Monday multi tasking. Oat flour banana bread for breakfast this week. Recipe on Pinterest. Smells so good 👩🏼‍🍳
@deerfellow @hillcountrygalleria @contracommon 🦌 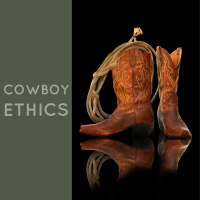 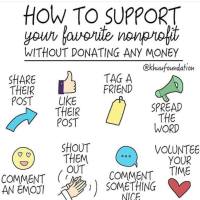 Email for a Private Discussion