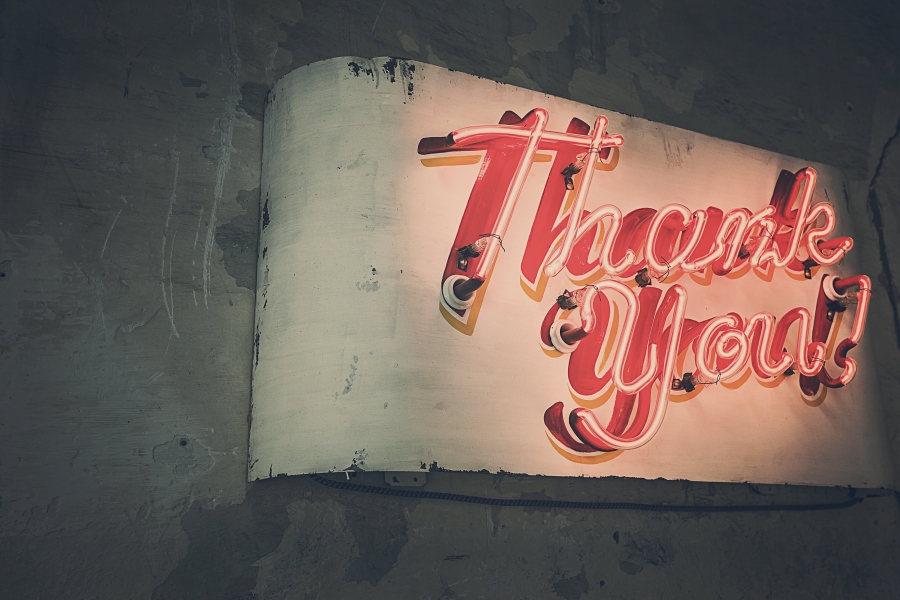 “Feeling gratitude and not expressing it is like wrapping a present and not giving it.”

Thanking donors for their charitable gifts is often discussed but surprisingly, many nonprofit organizations still lag behind in acknowledging charitable donations, either from the standpoint of common courtesy or the legal requirements.

While working with many nonprofit organizations as an employee, adjunct staff member, consultant and volunteer over the years, I have known some nonprofits to be extremely conscientious about acknowledging donors. But some nonprofits – even those that have received six and seven-figure contributions – have sometimes failed to acknowledge those gifts promptly, or at all. And to thanking donors, I would add reporting to donors about the good work their donations have made possible.

My experience is that constant staff turnover is often the cause of some of this negligence. Raymond Flandez’ article in The Chronicle of Philanthropy (2012) is eye opening and timeless, “The Cost of High Turnover in Fundraising Jobs” (apologies but one must be a subscriber to the Chronicle to read the article).

“The high turnover rate of fundraisers is costing charities money. Lots of money. The average amount of time a fundraiser stays at his or her job: 16 months. The direct and indirect costs of finding a replacement: $127,650.”

I would add that constant turnover in the development department can also result in lost relationships with key donors. And who is normally responsible for acknowledging and communicating with donors? The development staff.

Certainly, most nonprofits today use constituent relationship management systems to record the basic facts about donors and prospective contributors. But subtle information regarding donor preferences, personal interests, communication styles and the like can be lost in an employee shuffle. This can result in lost contributions.

I mention in a prior blog article a nonprofit with which I worked that had to return a $1 million grant to a donor. I was hired to repair the damage and help the organization raise millions to complete a stalled capital campaign. Shortly after my arrival, my conversation with this donor revolved around one central issue: the failure to communicate. They “never heard back.”

The positive side of this story is that we did eventually secure the funding required to complete the campaign. The negative side is that after almost three years of solid professional fundraising – and having left behind detailed documentation about each donor – donors associated with this tremendous project were still left to drift. Why?

The director retired immediately after celebrating the success of the capital campaign. It took a year to find a replacement. No development professional was recruited to carry forward with donor “TLC” until after a new director was hired.

In my estimation, this group could have continued to secure significant funding well into the future (including for a greatly needed endowment), if it had built upon the momentum created during those three happy and productive years of major gift fundraising. Thankfully, the nonprofit is properly staffed at last.

In the case of another nonprofit organization with which I worked, the director expressed the opinion that donors should give generously without needing recognition or special communications of any kind. It was a tough sell to get the director to pay attention to the nonprofit’s contributors. While on board, I insisted on it. And the nonprofit reaped significant financial rewards. You might enjoy my article sharing additional advice, “Taking a Step Back Will Lead You Forward.”

Another startup founder with whom I worked a few years later felt the same way. Give and get out of the way. This individual felt the mission was so important to saving the world that wasting time on donor communications was not a good use of their time. Regardless, I worked for a year polishing the constituent management data platform (which was full of outdated information, rebuilding it in many respects), developing a regular series of informative emails, and keeping the drumbeat of social media communications going. It worked, and new donor relationships were built and grants awarded!

Many Ways to Thank

I believe successful fundraising professionals should consider thanking donors in multiple ways and on multiple occasions over time, not just once. In my early nonprofit training, we were taught that thanking donors seven times was the secret to retaining them, and to receiving additional future contributions. Of course, to make this process easier on you and your staff, you will want to develop a plan to track and accomplish it.

On a personal note, in addition to the above methods I enjoy incorporating attractive e-cards into my “thank you” repertoire for donors and volunteers. In addition to beautiful e-cards, Paperless Post has an ever-growing range of capabilities including securely housing your VIP e-mail lists, allowing e-card recipients to respond back with personal messages, and the ability to download RSVPs and guest lists in various formats. Hallmark, American Greetings, Jacquie Lawson and even some creative nonprofit organizations have developed their own attractive e-cards. For some, this is still considered a very modern and somewhat unusual approach to thanking donors. But as online communications have become increasingly popular, you might consider including e-cards into your “thank you” mix.

On another topic, some experts will tell you giving a tangible gift to a donor is inappropriate, and I believe their concerns are well-founded. Gift-giving can get out of hand. Gifts should not overshadow your nonprofit’s cause, nor cost so much they put a burden on the budget of the nonprofit.

However, don’t put down simple “premiums.” T-shirts, mugs, writing instruments and wristbands emblazoned with your logo, for instance, are a relatively inexpensive form of advertisement and endorsement. That is very valuable to your nonprofit organization, and many nonprofit donors enjoy showing-off their support of your good cause by wearing or using those kinds of items.

I have also found that donor gifts need not be expensive to provide immense joy. Photographs of the donor or volunteer participating in a nonprofit event or program are a good example. These images bind their hearts and minds even more closely to your nonprofit. There are several platforms today that enable you to create photo “books.” Whether you give a donor a framed a photograph, or create a modern book with multiple images (Google Photo Books is one excellent example), these are a beautiful way to recognize donors.

Regardless of how you acknowledge and encourage your donors – in the old fashioned or more modern ways – in the end the important thing is simply to do it.

The summer 2022 issue of Phi Kappa Phi Forum includes a section called, “Up For Discussion.” This editors pose the question, “what’s the most meaningful personal letter you ever received?” You can read my comment at the center of page 6. Earlier in my development career, hand written – or typed and signed – thank you letters were more common. I saved several and have donated them to the Austin History Center, a division of the Austin Public Library.

Photographs illustrating this article were provided by Adobe Creative Cloud.

Carolyn's Nonprofit Blog is dedicated to my parents, whose steadfast support continues to be deeply appreciated.