A Special Event | An Environmental Breakthrough for Texas

This article dates back to my days in Central Texas in 1993 at a contentious time in the history of environmental activities and “environmentalism” in Texas. Some in nonprofit development argue – sometimes to those with deaf ears – that public events can bring communities together at times of crisis, and they can sow the seeds for successful fundraising well into the future. This event is an excellent example.

In 1993, I was a new employee at The Nature Conservancy. I had moved from Austin to San Antonio in the fall of the prior year. At that time, the chapter’s headquarters for Texas was in San Antonio. Some may recall that long standing members of the Texas ranching community helped fund and launch the Texas field office, and San Antonio has historically been a significant base for ranching businesses. Once hired, I began developing relationships with new supporters in the hope of raising significant funding for the conservation of wildlife habitat in the state’s diverse ecosystems.

At the time, The Nature Conservancy of Texas (TNC) was striving to become the leading business-oriented conservation organization in Texas. The staff worked hard to set TNC apart from more common nature groups at that time, many of which were anti-business and often unsophisticated (although passionate).

One of my favorite volunteers from my prior work with The University of Texas at Austin was Ronald W. Kessler.  An attorney at that time with Jones, Day, Reavis & Pogue, Ron had helped the firm open its first Austin office. It took a bit of convincing to get Ron to join the advisory council of The Nature Conservancy of Texas, but thankfully he did. Ron became an enthusiastic supporter. He was also the incoming Chairman of the Greater Austin Chamber of Commerce.

Ron and I began discussing the need to mediate this contentious situation by bringing the two factions together for a series of events in February, 1993: 1) a breakfast for legislators and lobbyists, and 2) a luncheon that same day for environmentalists and members of the business community. The breakfast was ultimately held at the Omni Hotel in downtown Austin; the luncheon at Etter Alumni Center at The University of Texas at Austin.

Negotiations were orchestrated by Ron with key staff and Board members of the Greater Austin Chamber. Roger Kinzel, Publisher of the Austin American-Statesman agreed to endorse the project.

One thing we believed was that this diplomatic series of activities needed to completely break from standard environmental communications styles. Visually, we needed to set ourselves apart. I enlisted the help of the late Mike Hicks and his partner Rob Miller of HIXO, Inc., a world-class graphic design team. We needed the most sophisticated, modern “look” we could get, and admittedly, it did not come cheap. But it was well worth the effort.

Mike designed the pieces illustrated at the top of this article, as well as a large glass vase filled with wildflower (bluebonnet) seeds, an award we decided would be presented to a corporation in the region demonstrating strong environmental stewardship and leadership, one other businesses could look up to. In 1993, that company was 3M, and we recognized it for its protection of a large swath of Golden-cheeked warbler habitat as well as environmentally sensitive campus innovations. The award was presented to 3M during our first Corporate Conservation Leadership luncheon, as was an award to greatly respected attorney, John McAllen Scanlan.

Stepping back a bit, this project was frowned upon by many people within The Nature Conservancy’s national office in Arlington, Virginia. Major fundraising initiatives had to be approved by the national office, and to some extent we ignored them. The Nature Conservancy at that time preferred that state chapters focus on writing traditional grant proposals to secure funding, and to avoid “frivolous” special events entirely. Yet in Texas, we knew from experience that special events are commonly accepted cultivation tools for nonprofit organizations, and many raise large sums of money.

The urgency to quell Austin’s environmental battles led Ron Kessler and me to forge ahead. The Texas director and the chapter’s statewide development coordinator were not entirely supportive. They were afraid of how the national office would react. In fact, the chapter’s director informed me pointedly, “if this works, great, if not” … I would assume the responsibility and be fired.

TNC’s leadership decided to invite William D. Ruckelshaus, the first director of the Environmental Protection Agency (EPA) and at that time, head of Browning Ferris Industries (now Republic Services) to speak about the role of corporations in protecting our shared natural resources. John C. Sawhill, who was then overseeing The Nature Conservancy nationally, also agreed to participate. Included in the series of events was a private meeting between local environmentalists and John Sawhill, for questions and answers. We were honored many business executives attended, along with representatives of the Central Texas environmental community. Lady Bird Johnson was one of our most treasured guests, and she attended in person to lend authority to our mission.

Ron and I did not go down this uncertain road alone. Our thanks go to the outstanding Austin area volunteers who made the first Corporate Conservation Leadership events an inspiring success.

The events transpired, no riot occurred (yes, we were actually worried there might be one), and we “broke even” financially with only a little to spare. But the impact of this project was earth shaking for TNC. Subsequent iterations of the event have since raised millions in support of The Nature Conservancy’s conservation work in Texas. And meaningful negotiations continued successfully with conservation and business leaders on the Balcones Canyonlands Conservation Plan. While I was not part of those efforts, TNC staff helped guide that project, and they are to be congratulated on their success.

I was invited to speak about the Corporate Conservation Leadership event concept to the national Board of Governors of The Nature Conservancy during a quarterly meeting in Tucson, Arizona not long after our Austin success. That group is now simply called the Board of Directors. And, I soon agreed to move to Dallas to establish a meaningful presence in North Texas for TNC. In fact, we launched the same type of corporate event with the Dallas Regional Chamber. Below is a slide show of our 1994 event invitation along the same lines. Thanks to Bill Ruckelshaus for joining us again as the featured speaker. What a sponsor list!

The success of our work in Austin helped establish The Nature Conservancy as a business-friendly environmental nonprofit in the state, and it opened doors to many influential corporations. Although many helped, TNC’s principal volunteer partner in Dallas was Robert L. Thornton, III. The attention to detail involved in our event’s presentation, and the sophisticated image developed by HIXO, gained us the kind of reputation TNC needed to succeed in the demanding corporate environment of Dallas. The conservation luncheon concept was also eventually presented in Houston, although TNC staff were initially hesitant about it. But it became a huge success in that community as well, and I understand, in other states.

Robin Ratliff Shivers (*) worked tirelessly on this event, securing sponsorships as noted earlier in this article. It was hard work, but she was determined and effective. For an overview about Austin’s “Steel Bluebonnet,” follow the link. Few are aware of the key role Robin played in this event. Austin owes her a debt of gratitude.

Materials featured in the slideshow at the top of this page are now available to researchers at the Austin History Center (2020). 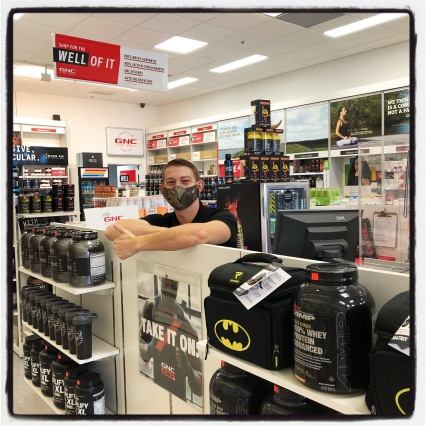 I love their chocolate protein shakes. They’ve been going strong even through COVID-19.

One of my favorite framing shops!

3501 Ranch Road 620 S
Austin, Texas 78738
Flexible hours to match the time of my nonprofits, donors and volunteers. One person, one location. Texan since 1967. For the USPS mailing address, use my contact form to request it (map will not work for that purpose). Meetings in person and online by appointment. Thank you!
%d bloggers like this: