This page focuses on activities I have supported over the years, lending my time and expertise free of charge as a public service. Newest activities are listed first. Questions? Use the secure contact form on this website to reach me.

Austin Colony Chapter of Daughters of the American Revolution | I serve as Literacy Committee Chair. To read a June 2021 report about our work, follow the link to ISSUU. While we are still deciding as a chapter what our focus will be, I have no doubt the nonprofit organizations I have discussed in the report would welcome your help. Thank you!

Citizens’ Climate Lobby exists to create the political will for climate solutions by enabling individual breakthroughs in the exercise of personal and political power. I have supported the local chapter by sharing nonpartisan information about climate change challenges and solutions on Twitter. A few years ago, I agreed to help ramp-up the Austin chapter’s Twitter feed, and I am the curator (we have gone from 11 followers to more than 400). Join our secure community discussion platform by following this link. Monthly meetings are scheduled online, and the platform includes information about other events and a variety of helpful resources. I also developed a “letters to the editor” website, to provide stationary URL links for individual letters (letter writing is an important component of our CCL efforts).

ONE Campaign | Since taking African literature courses in college and studying African art, I have become very interested in Africa, its many cultures, its potential, as well as its challenges. And, a few years after becoming a ONE Campaign volunteer, I had my DNA tested by Ancestry.com and discovered I have ancestry from Mali! I first became actively engaged with ONE in 2012 in San Antonio after attending a presentation by Michael Gerson of The Washington Post. When I moved to Austin in summer, 2013, I connected with our local ONE Campaign staff member. Today, my advocacy focuses on the 21st District of Texas and my work for ONE is primarily online. For an earlier article on my blog about my involvement, follow this link. To view a photo blog about the 2018 event for which I volunteered, follow this link.

Yelp Elite Squad | In October, 2016, I was invited to join the Yelp Elite Squad, and I continue as a member today. I had been sharing meaningful reviews on the platform since 2013, but as I tend to take more care in reviewing and posting Instagram photos, Yelp noticed. I aim to be honest, helpful and positive in my reviews.

We Are Blood | I am a blood donor in Central Texas.

IREC: Interstate Renewable Energy Council | I served on the Board from 2011 to 2018. The focus of my work was on nonprofit infrastructure, communications, identification of potential partners and funding sources. I also helped identify and recruit two new members of the Board while serving.

Big Medium | I had been a visitor to Big Medium for a few years, but became an active volunteer in early 2015 through mid-2017.

National Society, Daughters of the American Revolution (former project in Corpus Christi, Texas) | I have been pleased to discover several Patriot ancestors, one of whom worked closely with General George Washington, Irishman John Honeyman. I was elected to membership in the National Society, Daughters of the American Revolution in 2010. I belong to the Austin Colony Chapter (my initial chapter was Corpus Christi). For information about my 18th century Irish family member, see Tumblr. Subsequently, I have had two additional ancestors proven, for a total of three formally documented American Revolutionary War ancestors (and I am working to prove a few more).

As a prior volunteer and former resident of Corpus Christi, I helped the Corpus Christi Chapter of the DAR organize and present the 2011 Silver Tea, which honored Mrs. Maureen Miller (benefiting the Art Museum of South Texas and the Corpus Christi Symphony Orchestra). During the event, special proclamations were made commending Mrs. Miller for her outstanding philanthropic endeavors by Texas Governor Rick Perry, Representative Todd Hunter and the Texas Legislature, and Mayor Joe Adame (who declared February 18, 2011, “Maureen Miller Day”).

Friends of the Texas Historical Commission | I served on the Board of Trustees of the Friends of the Texas Historical Commission for five years. I helped organize activities associated with the Annual Historic Preservation Conference and THC Commissioners’ meetings in May, 2008 in Corpus Christi, in partnership with Mrs. Maureen Miller (THC Commission private reception invitation pictured above). I worked with the staff of the THC to review and select the recipients of the 2008, 2009 and 2010 Preservation Fellows Program-Diversity Fellowships in Historic Preservation.

I participated as a guest speaker for the Advanced Grant Writing Workshop in Austin, Texas in February, 2010, sponsored by the Texas Historical Commission, and the Texas Grant Writing Workshop in Victoria, Texas in July, 2010. For the latter, I was pleased to help secure seminar sponsorships from The O’Connor & Hewitt Foundation and First Victoria National Bank. I also obtained formal CFRE International continuing education accreditation for the latter event. My PowerPoint on grant writing, developed for the first workshop, is available on SlideShare (it is still one of my most popular).

Coastal Bend Chapter, AFP | As a member of the Board of the Coastal Bend Chapter of the Association of Fundraising Professionals, I assisted for four years with educational program development. I was asked to join the leadership team to help energize it! About 2003, I set up the chapter’s first website using my own free website platform via Earthlink, and I managed it by hand free of charge as a public service. In 2007, I set-up the Chapter’s Constant Contact e-communication system by hand, from which I designed and distributed the Chapter’s first professional e-announcements for the first year.

Texas Environmental Education Partnership Fund Board | I served as a member of the Texas Environmental Education Partnership Fund Board, appointed for two consecutive four-year terms by former Texas Governor Rick Perry from 2001 to 2009. The project was in partnership with the Texas Commission on Environmental Quality and officially concluded in summer, 2009. Once the TEEP Fund Board’s work concluded, at the request of the Governor’s staff (as I had the most complete set of records and was in more regular touch with the Governor’s office), I documented eight years of proceedings and donated it to the Texas State Library and Archives. No small feat! The commission was then formally “sunset” by the Texas Legislature.

Rotary International | Although not currently active with Rotary, I am a Paul Harris Fellow (having made the one-time, lifetime charitable donation required). For the Corpus Christi Chapter, I suggested and hosted several guest speakers on topics ranging from energy and archaeology to wildlife, and donated to the ShelterBox program for emergency relief. I also provided volunteer support to Rotary’s annual Harvey Weil Sportsman Conservationist of the Year banquet for seven years (Coastal Bend region of South Texas), including suggesting several potential recipients who were ultimately approved, among them Stephen J. “Tio” Kleberg, Daniel A. Pedrotti, Ben F. Vaughan, III, and the late Richard C. “Dick” Bartlett.

I have volunteered for nonprofit causes since grade school days with Camp Fire USA in San Bernardino, California. The newspaper photo above dates from Southern California, prior to our family moving to Texas. I am shown at left with one of my best friends at summer camp.

Nonprofits for which I have done more in-depth volunteer work not fully described above, are: 1) Laguna Gloria Art Museum (now The Contemporary, where I volunteered for the Art School and where I was subsequently recruited for my first nonprofit position); 2) Austin Chamber Music Center (I helped create its first membership program); 3) Dallas Zoological Society “Zoo To Do” Gala (serving two years on the silent auction committee); 4) Dallas Contemporary (formerly the Dallas Visual Arts Center, where I served on the Board of Directors for two years); 5) U.S. Fish and Wildlife Service (between 1999 and 2010 I provided assistance on multiple projects, including coming up with the idea of celebrating the 100th anniversary of the National Wildlife Refuge System in Texas with a gala event, which ultimately occurred at the Fort Worth Zoo in 2003); and 6) Altar Guild, Episcopal Church of the Good Shepherd for approximately three years (altar maintenance and service preparation). 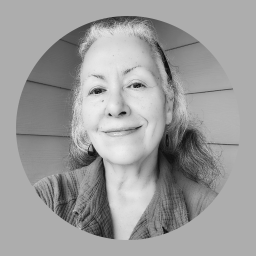